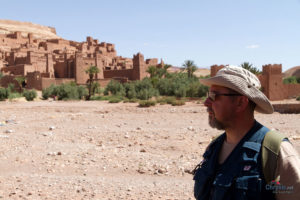 My interests are focused on Chrysidids, Macrophotography and Web design, pursued with my best professional approach thanks to the technical-scientific training that made me experiment study methods and laboratory practices.

From the particular intersection of such experiences an idea arose in my mind: to transform my private notes – written on my personal computer – into public pages for the multifaceted world of the Internet. Thus the embryo of the future Chrysis.net website was originated. The website saw the light at the end of 2000. Since then it has changed really so much, also thanks to the positive feedbacks provided by the first spontaneous visitors who acted as pioneer species in a territory ready to be colonized.

Chrysis.net website has kept with time that mix of Science, Photography and Web design and is therefore an intimate expression of my own character and point of view. Chrysis.net is also a kind of fairly detailed trace of my existence.

The beginning of my historical interest in Chrysidids dates back to 1981, in remembrance of that first female of Hedychrum nobile caught by hand after a half hour of jumps and ambushes, and guarded today as a sacred relic. But only in the summer of 1985 I discovered how vast is the world of the small Chrysidids, when I experiencedthat a field of Umbellifers is something close to a paradise. Then the first information and the first fundamental contacts with eminent entomologists, including Guido Pagliano, Walter Linsenmaier, Maurizio Pavesi, Paolo and Vittorio Rosa.

From some time and for many reasons my current interest in Chrysidids is evolving in function of the same Chrysis.net website.

Among the many projects that solicit my mind – and that are increasingly difficult to achieve beacuse of the lack of time – I would like to carry out further new features for Chrysis.net website and some new entomological articles already at an advanced stage of drafting. 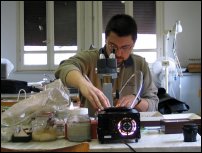 Curation of the book: Agnoli Mario, Bologna «città aperta». Settembre 1943 – Aprile 1945. Minerva Edizioni, Bologna. 2021. After 46 years, the memories of Mario Agnoli, mayor of Bologna from the 18th September 1943 to the dawn of 21st April 1945, are back in the bookstores. The volume – released in 1975 and quickly out of print – traces the events of a crucial historical period for the Bolognese, collects vintage photographs and reproductions of letters and documents concerning the events and episodes that characterized the Agnoli administration. This second edition, revised and corrected according to the instructions left by the author to the family, is enriched with unpublished documents and represents an important source for scholars and history buffs. […]

The websites that I signed, working together with many colleagues and friends, are now lost in the history of the Web. That’s why I avoid a list, since everything changes quickly.