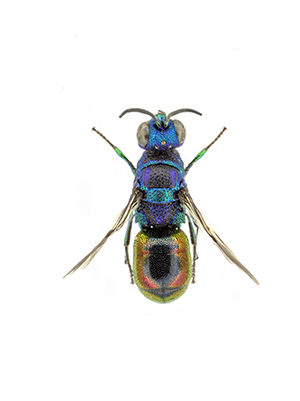 The majority of species are Holarctic, with 8 in the Nearctic Region and 34 in the Palearctic. One unusual species, afer, is Afrotropical. The highest diversity is in southern USSR and western China.

As a whole, Philoctetes is the least specialized of the three genera related to Omalus, although it does include some highly derived species. The mesopleuron usually has an omaulus, scrobal carina, and verticaulus. However, one or more of these carinae may be weakly developed or even absent. In addition, the tarsal claws only have one to three subsidiary teeth, with most species having two. Diagnostic features are: omaulus and scrobal carina forming a broadly V-shaped angle, scutal punctures clumped along notauli, and metanotum usually sharply angled, or even mucronate. A mucronate metanotum occurs in cupratus, afer, and seminudus. Several species, including intermedium, have an Elampus-like snout on the apex of T-III. Most species have T-III notched apicomedially. This notch may be simple or snout-like, as in intermedius, or have a dorsal nose-like projection as in plicatus and downeyi. Other species, including hirsutus and nikolskyi, have extensive long, erect, black setae. One group, including caudatus, deflexus, fedtsbenkoi, limpidipennis, and omaloides, has the metanotum sharply conical and the apex of T-III is bent under giving it a nose-like appearance, without a medial notch.

We have used somewhat different characters to define Philoctetes than previous authors, and as a result the Philoctetes of Linsenmaier (1959) is not comparable. There are no major revisions of this group, and the only reliable regional treatments are those of Bohart and Campos (1960) and Bohart and Kimsey (1982), where it is given as Diplorrhos.